The Annandale Brass, formed in 1997, with John Wright as its director, has made its presence and impact known in the community through performances at churches and various civic and social events in Northern Virginia, including the Fairfax County Park Authority’s summer concert series. Its members come from the brass section of the NOVA Symphony Orchestra, the Reunion Music Society Jazz Orchestra, and additional musicians. The ensemble performs a wide and diverse repertoire, covering a range of sixteenth-century music and the latest Broadway show tunes at its “Spring Fling,” and holiday favorites at its annual “Winter Wonderland” concert in December. 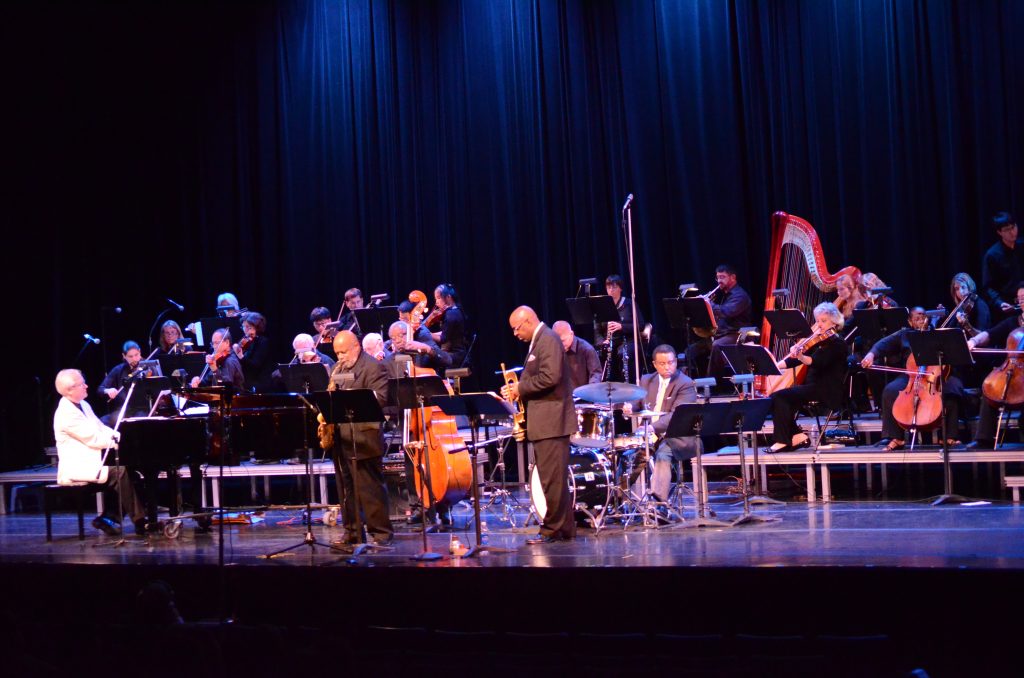 The main jazz ensemble of the Reunion Music Society is the RMS Jazz Orchestra which encompasses several groups, including a big band and big band with strings. The jazz ensemble has collaborated with the strings sections of the Orchestra to present a Jazz with Strings program on several occasions.

The Reunion Music Society Jazz Ensemble has been delighting audiences with innovative jazz concerts for over twenty years. Performing in both large and small ensemble formats, the group has presented such unique programs as “The Evolution of the Blues,” “Jazz with Strings,” and “An Evening of the Music of Nelson Riddle.”

The Reunion Big Band, which was started in 1977, celebrated its 40th year in October 2017 at the RMS 25th anniversary celebration.

RMS has a long tradition of presenting chamber music concerts given by members of the orchestra.  During pandemic restrictions, although the orchestra was not able to rehearse or perform, players formed over 20 ensembles from string quartets to wind ensembles to string orchestras, not to mention our active brass and jazz ensembles.

Thanks to that experience, chamber ensembles have become a key element of the musical lives of many orchestra players and we look forward to many concerts in the coming months and years.