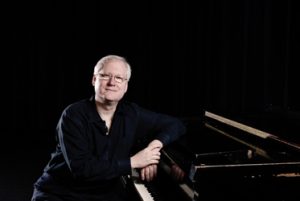 Christopher E. Johnston is a native of the Washington, D.C./Northern Virginia area. A composer, conductor, and pianist, he has been a prominent figure in the D.C.-area music scene for over 25 years. He received his Bachelor of Music in composition from Indiana University and his M.A. in conducting from George Mason University. He is the author of numerous choral, orchestral, and jazz ensemble works. In 2002, he composed From Far and Away, a work for narrator and orchestra commissioned by the Reunion Music Society, Inc. The NOVA Symphony Orchestra premiered the work in October of that year to commemorate the RMS’s 10th anniversary. Chris has been praised by The Washington Post for his work as conductor of the 1997 world premiere of Nancy Binns Reed’s “The Blue Opera.” As instructor of Music and Computer Technology at the Fairfax Academy for Communications and the Arts, he designed the state of Virginia’s first music technology curriculum, and for the past 17 years has been a pioneer in developing music technology programs nationwide. In 2005, he received national recognition for his work in music education as a recipient of the Claes Nobel Distinguished Educator Award. In 2006, he was a recipient of the Wolftrap Foundation Scholarship Award in which he designed and produced a project where eight young composers created and premiered a new multi-movement work entitled “Suite for Electric Guitar and Orchestra.” In 2008, he was the recipient of the LFI 2008 Virginia Leadership in Education Award and was honored by approximately 400 business and community leaders for his innovative work in music education. He is a three-time Grammy “Music Educator of the Year” nominee. An advocate for performances of works by young composers, he has conducted many of these during his tenure with the NOVA Symphony Orchestra. 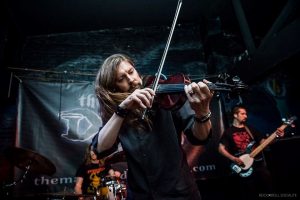 Violin I Section Leader and Concertmaster

Patrick Geddes began violin lessons at Oak View Elementary School in Fairfax, Virginia, in first grade and started private lessons two years later. He progressed through the Northern Virginia Youth Symphony orchestras in addition to playing in the Robinson Secondary School orchestras. Patrick graduated from the U.S. Coast Guard Academy with a degree in Electrical Engineering and played with the nearby Connecticut College orchestra his senior year. Commissioned as an ensign in the Coast Guard, he served two years afloat as a deck watch officer based in San Francisco, followed by shore tours in Washington, DC; London, England; New York City; and Norfolk, Va., before leaving active duty. Returning to the DC area to work for Bell Atlantic, he resumed orchestral playing by joining the NOVA–Annandale Symphony around 1999 and is still an orchestra member. He has played electric violin in several local rock bands (The Groaning, Dark Dissolve, and Todesbonden) and is currently a member of the instrumental doom-metal band Seasick Gladiator. He is employed as a civilian electrical engineer at Coast Guard Headquarters, and he holds master’s degrees in Electrical Engineering (Virginia Tech) and English Literature (George Mason University). 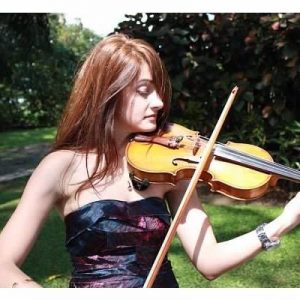 Adriana Gonzalez is a Venezuelan-American violinist, soprano singer, and architect. She spent her childhood in Caracas, Venezuela, where she began her music and violin studies at age 11. Two years later, she joined the prestigious El Sistema orchestra organization. El Sistema is a social action music program that offers high-level musical ensemble participation from an early age. Adriana played as a violinist in the Youth Orchestra of Caracas for five years before going to college to pursue a degree in architecture while continuing her studies of violin and music theory. During this time, she began taking voice lessons with renowned singers Margot Pares-Reyna and Isabel Palacios and then joined the famous Schola Cantorum of Venezuela with which she toured extensively. She had the privilege of premiering and recording big symphony choral works like the Gustavo Golijov’s St. Mark Passion in Stuttgart, Germany, and the John Adams Opera A Flowering Tree in Vienna, Austria. She graduated in 2000 as an architect and worked in the Urban Institute of the Architecture faculty in the Central University of Venezuela. Adriana has performed both orchestra and choral works under the baton of renowned conductors and composers such as Antonio Abreu, Gustavo Dudamel, Hellmuth Rilling, Sir Simon Rattle, Krystoff Penderecki, John Adams, Claudio Abbado, Bob Spano, and Maria Guinand, among many others. She moved to Virginia in 2007 and joined the NOVA Symphony Orchestra in 2021. She currently works full time as an Aeronautical Information Specialist with Leidos at the Federal Aviation Administration in Silver Spring, Maryland. She lives in Alexandria, Virginia, with her husband and daughter. 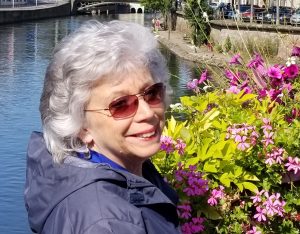 Marjorie Bassman was born in New York but grew up in Connecticut. She started playing piano at the age of six. Her study of the viola began at age nine, and her love for the alto clef continues to this day. Margie has a B.A. degree in music with a minor in elementary education from Connecticut College and a M.Ed. in Special Education with a concentration in Learning Disabilities from George Mason University. She was an LD Self-Contained teacher for Fairfax County Public Schools. Margie has been principal violist of the NOVA Symphony Orchestra since 2002, and assistant principal violist of the American Festival Pops Orchestra since 2011. Previously, she was a member of the Fairfax Symphony Orchestra, the McLean Symphony, and principal violist of the George Mason Symphony Orchestra. Margie maintains a private studio of viola and violin students. She is the viola and violin teacher at the Jewish Community Center of Northern Virginia, a narrator for children’s shows sponsored by the Fairfax Symphony Orchestra, and an early childhood music educator for Little Hands.

Sharon Jones hails from Portsmouth, Virginia. She started piano studies at the age 9 and started cello age 12. She played in junior high and high school string orchestras and attended All-State and regional orchestras where she had the honor of playing under the baton of Aaron Copland. Sharon is a charter member of Bay Area Youth Symphony and was awarded a music scholarship for lessons with cellist Janet Kriner. Ms. Jones attended West Virginia University and Wheaton College (Illinois) Conservatory of Music, where she earned her Bachelor’s of Music in Cello Performance. Her undergraduate cello teacher was Mr. David Szepessy. She is a member of Mu Phi Epsilon. She is an alumnus of the Eastern Music Festival, Greensboro, North Carolina for three summers where she studied cello with Owen Carman, Nancy Stensen, and Jonathan Catchings. In her free time, Sharon enjoys singing in the choir and playing for worship services at St. Barnabas’ Episcopal Church, Trinity Episcopal Church, St. John’s United Methodist Church, and Hope Lutheran Church in Annandale, Virginia. Ms. Jones has performed with the Georgetown Symphony Orchestra, the Arlington Forest United Methodist Church Orchestra, the Prelude Chamber Ensemble, The Hollin Hall Band, and the VA Medical Music Group. She is a charter member of The Annandale Strings. 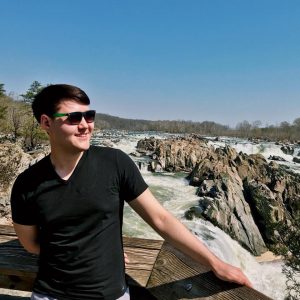 Andrew Johnston has been playing bass with the NOVA Symphony Orchestra since 2009. While a member of the orchestra, Andrew was also the principal bassist for the Annual Cappies Galla at the J.F.K. Center for the Performing Arts from 2010–2014. In 2013, he attended the Senior Regional Orchestra and was a first alternate for the State Orchestra. Along with being a classical bassist, Andrew was the principal Jazz bassist at his high school. In 2014, he pursued his interests in Jazz at the University of Virginia, where he was the principal Jazz bassist for 2 years. 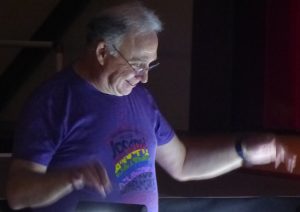 Mitch Bassman is a native of Virginia. He started playing the piano as a toddler, began formal piano lessons at age eight, and continued throughout high school. Mitch began study of the clarinet at age thirteen. He then added other woodwinds, brass, and percussion instruments during the next few years. Mitch earned a B.S. degree in Mathematics from Duke University and an M.S. in Computer Science, with Ph.D. studies, from the University of North Carolina at Chapel Hill. He is a charter member of the Durham (North Carolina) Symphony Orchestra and served as co-principal clarinetist. In addition to being the woodwind section leader, Mitch is the principal clarinetist and occasional guest conductor of the NOVA Symphony Orchestra. He joined the orchestra in January 1996 after fifteen years of performing with the George Mason University Symphony Orchestra. He has been heard frequently on multiple woodwinds in more than 200 musical show productions all around the Washington area and occasionally he plays saxophone in jazz bands. Mitch has been the music director of the choir at Congregation Adat Reyim in Springfield since founding it in 1983. His career in the information technology field supported his active music habit for many years. Since retiring from that non-musical day job in 2013, he has increased his music activities and has accepted the responsibility of being the music director of several local theater productions. 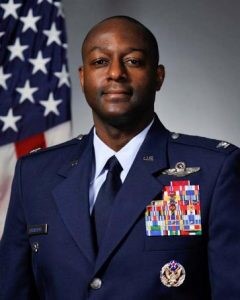 Lou Brundidge began his trombone studies at age 12 in Panama City, FL. As a young trombonist, he made first chair in 7th grade and maintained that position throughout High School. He auditioned and was selected for All District Band six consecutive years for the Florida Panhandle. As a sophomore, he auditioned and was selected to play in the Florida’s State Orchestra. Lou competed and scored superior in numerous semi-annual ensemble and solo competitions. Upon graduation, he attended the United States Air Force Academy at which point he placed his musical ambitions on hold to serve the nation. He retired from the Air Force in 2014 and has since played in several local concert and jazz bands. He joined the NOVA Symphony Orchestra in the fall of 2016.

Clai currently holds the drum set chair for the Reunion Music Society Jazz Orchestra and The Chris Johnston Trio. He is the timpanist and principal percussionist with the NOVA Symphony Orchestra. He is an original member of the orchestra and has been a guest conductor. He is a member of the Board and Past-President of The Reunion Music Society, Inc. He plays trumpet and percussion for the Annandale Brass Ensemble and for St. Margaret’s Episcopal Church. He also plays with various artists and groups on a freelance basis. Clai is presently an Assistant Commonwealth’s Attorney in Fairfax County, Va., and has prosecuted several nationally reported cases.